Ryuta Kawashima was sceptical when his research associate came to him with the results from their study into whether the effects of aging on the brain could be reversed. The neuroscientist at Tohoku University was so surprised by the outcome that he thought his colleague was joking.

The results, however, were real. They revealed that the effects of brain aging could be undone and Kawashima knew immediately that they would challenge widely held beliefs about aging and dementia.

But the scientist is no stranger to controversy. His earlier brain mapping studies challenged the assertion that playing video games could boost a child's cognitive abilities when he discovered that solving simple maths problems used more brain power.

His latest study will probably have a more profound impact, and may ultimately change the way we manage the treatment of aging populations. 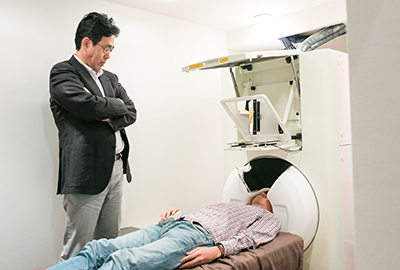 Neuroscientist Ryuta Kawashima studies how regular reading and writing exercises can reverse the effects of aging on the brain.

Anyone who has blamed their inability to recall a name on advancing age will find Kawashima's results counterintuitive. Cognitive functions involving the front section of the brain, the prefrontal cortex, typically begin to decline from the age of 20. This area of the brain is involved in functions such as memory, imitation and reasoning. Deterioration is more pronounced in people with dementia.

Kawashima wanted to see if he could curb the decline using two simple brain exercises: reading out loud and basic arithmetic. These tasks require working memory, which stores and processes temporary information, and cognitive speed. They are also known to activate the prefrontal cortex.

To test his hypothesis, Kawashima asked elderly patients with Alzheimer's -- a form of dementia -- at a nursing home in the southwestern island of Kyushu, to perform the exercises regularly over six months, as fast as they could. Kawashima then assessed their cognitive abilities using a series of tests designed to measure frontal lobe activity, the region of the brain that houses the prefrontal cortex. 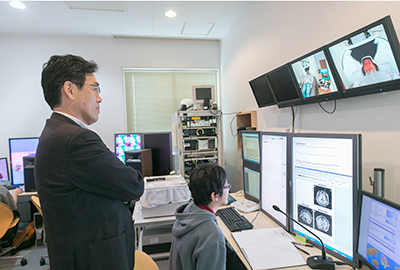 The brain training exercises work by activating a region of the brain known as the prefrontal cortex.

"We would have been happy to see their cognitive functions maintained," says Kawashima. "Instead we saw them improve."

Patients whose cognitive abilities had been measured along with the test subjects before the exercises began, but who did not receive the 'learning therapy', had a slight decrease in their scores.

Families and nursing staff observed other improvements in the patients who had participated in the study. Many could communicate better and some went from being bedridden to sitting in a wheelchair or walking. Some showed improvement in controlling their bowel movements.

Three months into the therapy, many patients appeared happier and more willing to try new things. One of Kawashima's most astonishing cases was of an octogenarian who was thought to be in a coma-like state. She started the therapy by following Japanese characters with her eyes, and went on to sit up and speak.

None of these stories surprise Kawashima anymore. He has spent the last 20 years trying to convince governments, researchers and the public of the benefits of learning therapy.

His team at Tohoku University's Smart Aging International Research Center have conducted numerous brain training studies on adults of all ages. Using magnetic resonance imaging, they have found evidence of neural changes in the brain known as brain plasticity, following training. The team is now trying to identify the molecular mechanisms underlying these changes in rats. They expect they will be linked to epigenetics -- changes in gene expression that do not involve altering the underlying code.

In 2005, Kawashima published the bestselling book, Train Your Brain. The head of video game company Nintendo then approached him about developing the game Brain Age, which sold 19 million copies worldwide. Three weeks before its release, software engineers at Nintendo showed Kawashima the digitized caricature they had secretly created of him to feature in the game -- much to his children's embarrassment. Kawashima's research has received global media attention, and was most recently featured in the BBC series Horizons.

At a cost of less than USD 200 per patient a year, around 15,000 dementia patients across Japan use learning therapy to read and calculate for just a few minutes a day. Around 20 nursing homes in the United States have also signed up to the program. But with nearly 5 million people with dementia in Japan and 44 million worldwide, Kawashima says the uptake is not enough. "To maintain such a superaged society, we need elderly people to be healthy." 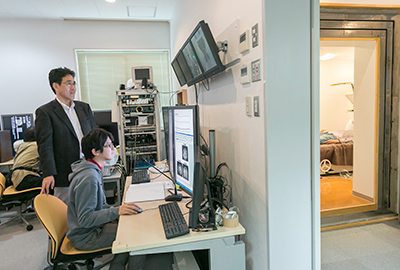 Kawashima and his colleagues at the Smart Aging International Research Center hope that their research into brain training, exercise, nutrition and social activities will help to maintain a healthy aging population. 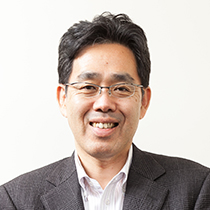 Director of the Institute of Development, Aging and Cancer (IDAC)