Motoko Kotani: By the Numbers

Motoko Kotani was a curious child, a self-described loner who found both adventure and solace in books. While her younger brother was the school soccer star popular with everyone, Kotani spent her days reading her way through the stacks in her local library.

"When I was young, I was uncomfortable around people," says Kotani. "Reading was my way of communicating because it made me think. I would read anything - history, science, detective stories, biographies. I was very curious and always had many questions. I tried to talk to my teachers - like a kid asking Why? Why? Why? all the time - and I was frustrated because they could not answer my questions."

Eventually one teacher did and one subject proved to be a life changer. "The mathematics teacher was the only one who listened to me. He would either correct me if I was wrong, or praise me if I was right. It was stimulating to have such discussions and that is how I came to like mathematics."

A Mathematician in Life

Kotani would go on to study mathematics at the University of Tokyo and receive a D.Sci from Tokyo Metropolitan University. After several years as a researcher and lecturer, she joined the Mathematical Institute at Tohoku University's Graduate School of Science in 1999. 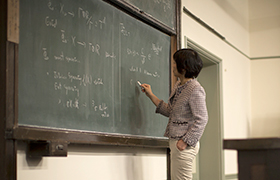 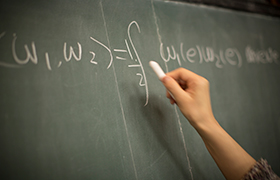 Kotani's research is in geometry, focusing on the symmetry of figures, and how understanding of discrete groups is improved through the inclusion of geometric structures. In 2000, Kotani developed a mathematical idea that provides the tools to understanding the relationship between the characteristics of materials in the macroscopic everyday life and the microscopic, atomic world.

"Every material consists of single atoms. If we want to use materials, we need to understand their properties - for example texture, elasticity or colour - which depend entirely on the structure and characteristics of the atoms involved. So, if you want to develop new materials, you need an understanding at the microscopic or atomic level." 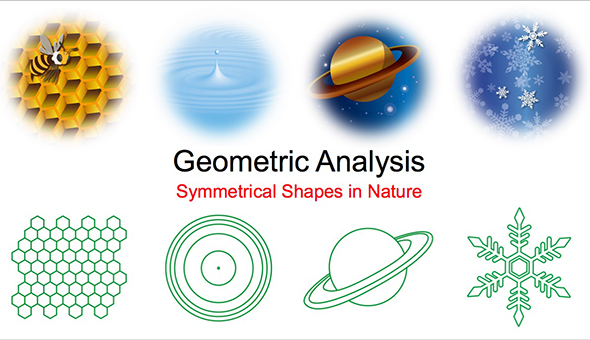 A Mathematician at Work

In 2012 Kotani was appointed director of the Advanced Institute for Materials Research, one of Tohoku University's flagship institutes. AIMR was originally established to create new and innovative materials by bringing together researchers from the fields of materials science, physics, chemistry and engineering. 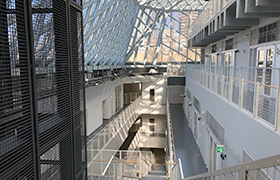 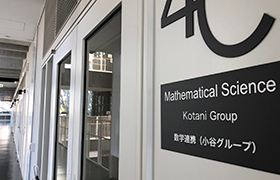 Kotani brought mathematics to the mix, playing a bridging role and serving as principal investigator of the Mathematics Unit while leading the administration and operations of the institute.

"There are common features behind the different disciplines of materials science, but they haven't always been able to explain themselves to each other. Now we have mathematics as our common language."

According to Kotani, discrete geometric analysis is useful because it can be a bridge between scales and take into account detailed geometric data and the relationship between structure and property. 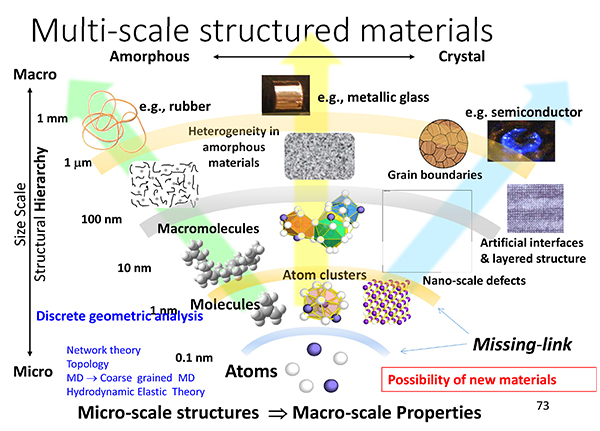 "Most of the challenges in materials science lie in how to understand a disordered system. For example, we combine material A and material B to make a structure of a certain property. The resulting A plus B is just a method, a disordered system created by coincidence. It is not the reason for its property. If we can describe, numerise or conceptualise the structure, then we are not limited to A plus B because we might be able to get the same property using C plus D.

"So to understand the reasons behind certain properties, there needs to be a description of disordered systems which lead to particular characteristics. And discrete geometric analysis is the discipline that makes a description of these structures possible."

A Mathematician for Life

Kotani speaks often of mathematics being a catalyst for freedom. In her words, mathematics is "the magic that makes everything possible."

She contends that developing materials in the traditional way would lead to some improvements but not a revolutionary breakthrough. "Traditional development is confined to the 2- or 3-dimensional space. However, with mathematics you have complete freedom to investigate higher dimensions, construct ideas for new materials and create a recipe to realize the materials of your dreams." 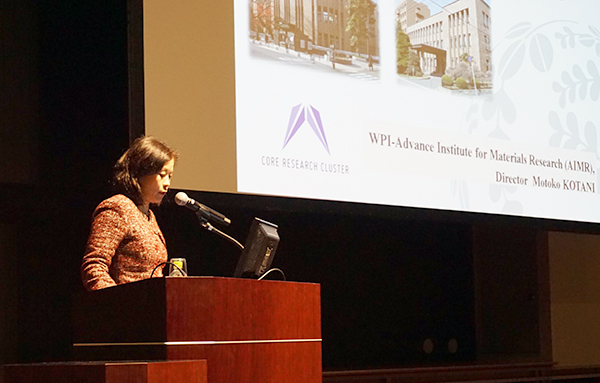 It's rare that a person who has devoted a life to one field should crave more time to spend thinking about it. But like the child who kept asking why, Kotani, the adult, admits she's still looking for answers.

"After I retire, I want to spend my days reading and thinking and creating new mathematical ideas, without any distractions. Now I have a position in the university where I get a lot of information and ideas from around the world. When I retire, I want to shut all that down and concentrate on just thinking." 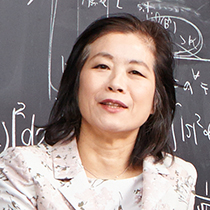