Advances in Disaster Science Lead to a More Secure Future

The Northeastern 'Tohoku' region of Japan was quickly moved into international recognition as a result of the 9.0 M mega-earthquake and subsequent tsunami of March 11, 2011. However, it has been well known for years that Japan's northeastern region is very prone to earthquakes and tsunamis. 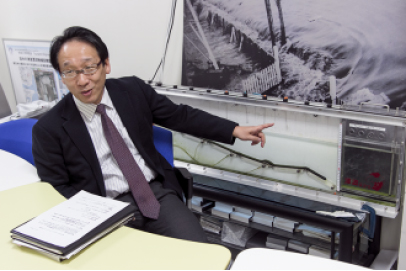 It is this reality that led to the creation of The Research Group on Disaster Prevention and Management in 2007, for which Tohoku University gathered a team of experts from 19 faculties. The motivating factor was that the Miyagi Offshore Earthquake had been predicted with a probability of as high as 99% for an occurrence within 30 years. The integration of their ongoing research related to practical disaster prevention and mitigation would certainly better prepare the region for this inevitable event.

In the middle of this activity, it was the Great East Japan Earthquake Disaster in March 2011 that further intensified the urgency to create a stronger organization. As a result, in April of 2012, the International Research Institute of Disaster Science, or IRIDeS, was created at Tohoku University. The scholars who make up IRIDeS share high ideals along with a strong sense of urgency to make every effort to rebuild the Tohoku region.

With the creation of IRIDeS, researchers in seven fields - engineering, earth science, psychology, information science, economics, medicine and history - now work together as a team, and also work closely with a number of organizations in Japan and abroad. Another feature of IRIDeS activity is that close relationships are cultivated with local community organizations in order to maintain a strong sense of the values and concerns of everyday citizens. 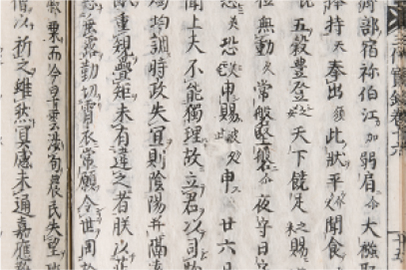 A leading figure at IRIDeS is Professor Fumihiko Imamura, a specialist in the field of Tsunami Engineering. The word "tsunami" came into English from the Japanese, and it means a great sea wave generated by submarine earth movement or volcanic eruption. So what is Tsunami Engineering? This specialty can be best described briefly by its purpose: to understand what a tsunami is, how they can be generated, and how their effects and damage can best be mitigated.

"We strive to find ways to forecast when a tsunami will occur, and how to reduce the amount of damage," explains Imamura. "Also, we study ways to reduce the impact, such as by constructing a seawall, or planning the community so that houses and residential areas are farther away. Also, we try to utilize the natural resources, such as a greenbelt, which could be pine or mangrove trees, along the coast to reduce tsunami impact."

The insights and knowledge gained from research by Imamura and his associates have already been applied in Japan. Efforts are being made to share knowledge on useful developments with the international community. Notably, the Intergovernmental Oceanographic Commission, a part of UNESCO, has published a paper on simulating and predicting earthquakes and tsunamis, making use of a great body of research by Imamura and his colleagues. This paper is garnering recognition as a practical manual by organizations worldwide. 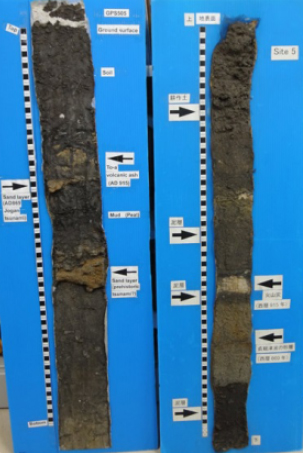 Example of tsunami sediment layers from Sendai, showing markers from the 2011 tsunami and tsunami in 869

The Great East Japan Earthquake and resulting tsunami of March 2011 was a significant event in the field of Tsunami Engineering, and Imamura relates that the primary lesson is that people in the field could fully understand their limitations on what could be done. "We do a great deal of research on ways to mitigate the effects of a tsunami, based upon past experience," he explained. "We have historical records dating back to the Heian era (9th to 12th centuries A. D.) and based upon these experiences we try to evaluate the risk of both earthquakes and tsunamis."

Apparently, the tragedy of 2011 was that this type of earthquake only occurs once every thousand years; therefore it was beyond modern capability to accurately estimate. Nevertheless, ancient oral accounts have hinted at the scale of damage, while stone markers and historical monuments give geographic evidence of the extent of tsunami threats. Imamura says that efforts at collaborations with geologists sometimes turns up evidence of past earthquakes and traces of the effects of tsunami damage, which occurred over 400 years ago.

"About 30 years ago, we started to make a model of tsunamis, their generation, propagation and inundation, or overflow of sea water on land. We developed numerical code parameters and programming, and also we defined a number of physical models, such as open channels and other geographical features," said Imamura. He explained that various factors, such as velocity, could be input to enable calculation of physical behavior. He points out that the extensive network of supercomputers at Tohoku University has been instrumental in performing necessary calculations on complex models.

"From that time, we could make very good models, so when an earthquake would occur, we could get information on it, such as magnitude, and obtain very good data on what happened," Imamura stated. "Then, we can calculate the initial profile of the tsunami, and can predict what will happen before a tsunami hits. So, we now have some very good basic technology." Here are two such CG's that Imamura's team has created: the first CG simulates the generation and propagation of the 2011 tsunami off Pacific ocean in Tohoku within an hour after the quake. The second CG simulates how the half of wave energy of the 2011tsunami propagated over the Pacific Ocean, eventually reaching the Chilean coast in South America 23 hours after the quake.

Imamura's Institute at Tohoku University has good relationships with leading institutions overseas, most notably Harvard University's Reischauer Japanese Institute, where many professors and researchers are studying Japanese history and extensive archives are available. Another is University College London for its research in risk evaluation and reduction.

Half of wave energy of the 2011 tsunami propagating over the Pacific ocean, reached to Chilean coast in south America 23 hours after the quake

In March of 2015, the city of Sendai, where Tohoku University is located, will host the UN Disaster Risk Reduction World Conference, where 4,000 very high level experts will gather, along with more than 50,000 representatives of NGOs and other related organizations, to discuss problems and strategies in disaster mitigation in the future.

As a university located within the disaster area, Tohoku University recognizes its unique position in having direct experience and technology related to this harsh event. The University is expected to play a large and important role in sharing the resulting knowledge and applications of research and technology with countries around the world, which could face a similar situation. Disaster risk reduction practices which are based on actual experience can especially benefit regions that are prone to seizmic activity.

In the years to come, the work of IRIDeS will become more widespread through a number of organizations worldwide. The organization itself has been set up as a truly multi-disciplinary institution which takes a multi-layered approach to advancing the goals and objectives of disaster science. Through this approach, IRIDeS will continue to focus on the examination and understanding of the Great East Japan Earthquake, as well as other earthquake events in the region. In addition, emphasis will also be placed on historical perspectives to strengthen cooperation with the affected local governments.

It is hoped that IRIDeS activities will make significant contributions to the rebuilding of areas affected by disasters, and that cooperation with research organizations, not only in Japan but also in countries around the world, to advance the knowledge and technology of disaster science. The field of disaster science as it relates to earthquakes and tsunamis will become even more useful and relevant to make our lives more secure in the years to come. 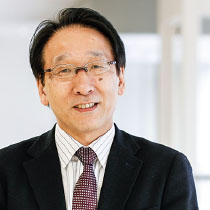