At midday on May 24, 2014, Professor Kazuya Yoshida and his colleagues at Tohoku University's Space Robotics Laboratory held their breath as a rocket from the Japan Aerospace Exploration Agency took off from the small island of Tanegashima. 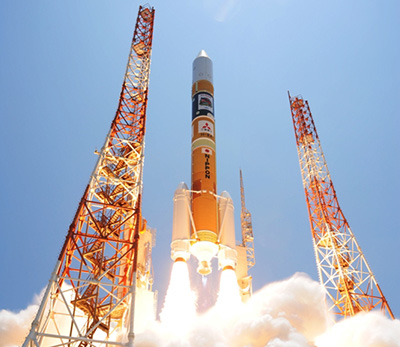 Microsatellite Rising-2 was propelled into space by a rocket from the Japan Aerospace Exploration Agency on May 24, 2014.

The laboratory had a lot riding on the mission. On board was a small cube-shaped microsatellite called Rising-2, which the Tohoku team and a group from Hokkaido University had built over the previous five years. The team could not forget how its predecessor, Sprite-Sat, also known as Rising-1, had suffered irreparable damage to its control system on the ill-fated thirteenth day in orbit. Named after Raijin, the Japanese god of lightning and thunderstorms, both Rising 1 and 2 were designed to study 'sprites' - bright-red electromagnetic bursts that flash above thunderclouds. Observing this elusive phenomenon could help scientists better understand the potentially disastrous heavy downpours that have been dubbed 'guerilla rain'.

"Microsatellites have been a game-changing concept for space research," explains Professor Yoshida, who founded the Space Robotics Laboratory in 1995. Instead of relying on national space agencies to engineer large spacecraft, small university laboratories can now build tiny space-ready satellites quickly and inexpensively, allowing them to conduct meaningful scientific reconnaissance.

Rising-2 was in orbit less than 30 minutes after taking off, and shortly after, the team was able to establish remote contact, allowing them to activate sensors and imaging devices to observe the Earth's surface. Since then, Rising-2 has delivered some of the most advanced images yet achieved by a satellite of its size. 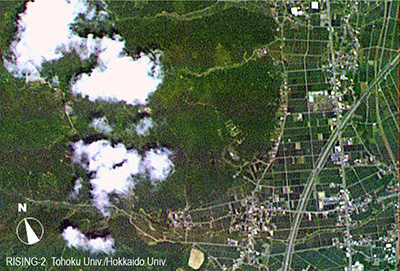 Color image of a city in central Japan taken from Rising-2 in July 2014 -- the highest-resolution image taken from a satellite of this size.

Rising-2 is just one of the groundbreaking spaceflight missions to which Yoshida's laboratory has contributed.

"Very few research groups are as actively involved in real space missions," he says. This gives his group's students unique opportunities to get involved in projects with real-life applications, whether supporting national aerospace agency initiatives or developing their own satellites and rovers that could end up in space.

One recent project was the development of Japan's asteroid explorer, Hayabusa, which successfully landed on the asteroid Itokawa, which was 300 million kilometers away from Earth at the time. Tohoku University helped design the mechanism for collecting soil samples from Itokawa. Within seconds of touching down on its target in 2005, the spacecraft collected a capsule of asteroid dust, which was sent whizzing back to Earth and parachuted into southern Australia in 2010. The successor mission, Hayabusa-2, another long-term project that Yoshida's team is supporting, is currently underway.

Now, Yoshida and his colleagues are taking on the Google Lunar XPRIZE challenge, a worldwide competition for the first privately funded team to successfully land and drive a rover 500 meters across the surface of the Moon while broadcasting high-definition images back to Earth. Spurred on by the promise of a $20 million prize, the Space Robotics Laboratory is testing prototypes for the Japan-based team, Hakuto. 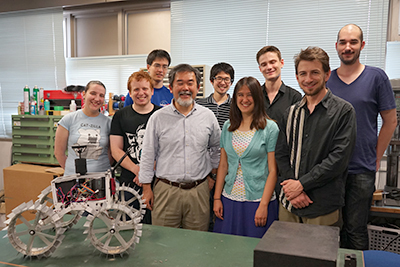 Kazuya Yoshida (fourth from left) and students at Tohoku University's Space Robotics Laboratory are developing MoonRaker, a prototype robot that could be used to explore the lunar surface.

Its robots, named MoonRaker and Tetris, have already been tested on some of the roughest terrain on Earth and are nearly flight-ready. 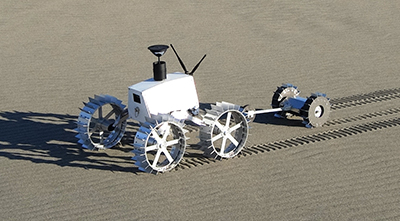 MoonRaker (left) and Tetris (right) in field tests over a sand dune in Japan.

For Yoshida, the project represents a big step toward fulfilling a personal ambition. "My dream is to someday visit the Moon," he says, "and to get an entirely new perspective on our Universe." 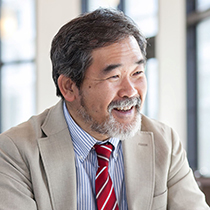 Department of Mechanical and Aerospace Engineering,
Director of the Center of Robotics for Extreme and Uncertain Environments (CREATE)